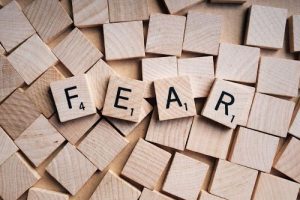 Humanly speaking, capitalism has made America one of the greatest economic successes in history.

Of course, we know that God ultimately has blessed America so that our country could become what it is today. But I believe he has blessed us because of our overall desire to do things the way he intended us to do them.

What is the first command in recorded history? “Be fruitful and multiply; fill the earth and subdue it; have dominion over the fish of the sea, over the birds of the air, and over every living thing that moves on the earth” (Genesis 1:28).

God told humanity to fill the world with his image, subdue it, and have dominion over it.

Now, do your research, and you’ll discover that no one in history subdued anything and gained dominion over anything while sitting down and doing nothing.

Okay, back to America.

The outworking of “supply and demand” has made us one of the wealthiest nations in the world. 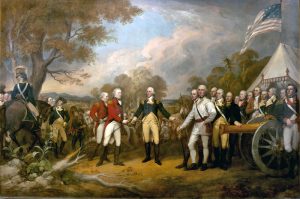 Do your research again: America did not gain its independence by signing the Declaration of Independence and going off to the prairie to build log cabins. Nor did America become wealthy by giving everyone everything they wanted for free.

Is our country perfect? Of course not. Stealing land from Native Americans was not right. Forced slavery of other human beings was not right. Other wrong actions could be added to this list.

Ephesians 4:28 says, “Let him who stole steal no longer, but rather let him labor, working with his hands what is good, that he may have something to give him who has need.”

So imagine this. A wealthy country gets invaded by an invisible enemy in the form of a life-threatening virus. Actually, let’s make it worse and say that the virus is a pandemic.

This virus has no permanent solution. It infects millions, hospitalizes hundreds of thousands, and kills thousands. 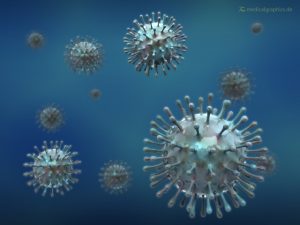 What should the aforementioned wealthy country do? Well, a reasonable response would be to require sick people to stay home until they recover, encourage everyone to constantly wash their hands and eat healthy, and perhaps advise people to wear masks, especially those who have the virus.

The virus? Influenza, of course.

You knew I would say that, right?

So, how have we responded to the flu(s)? Well, we encourage people to get their annual flu shots. But that’s about it.

Hand washing? Yeah, we do that after using the restroom (sometimes). But doing it throughout the day? Not necessary.

Wearing masks if we have the flu? C’mon, this is America, not Asia!

To summarize, America does not fear the flu! Thousands of people die every year in America while capitalism continues to drive our economy, pushing up the stock market, moving people into bigger houses, and minting new millionaires every month.

We go about our business thinking, “Nothing to fear. It’s just the flu.”

But now the plot thickens as a new character enters the scene: Covid-19.

The novel Coronavirus is like nothing we have seen in recent years. Not as deadly as SARS and Ebola, but it moves much faster. For now, it’s not as widespread as the flu, but it has a higher death rate.

Fear of the unknown and fear of death.

The result? Thankfully, many wise moves have been made by many people, especially those in leadership roles in our country.

But fear has also made us unreasonable as we have unconsciously called for the death of capitalism. 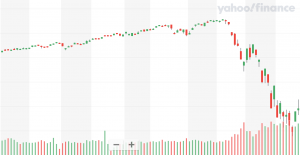 The stock market appears to have the virus, falling about 30% and currently gasping for air.

We have flooded the stores, greedily hoping to buy everything we think we need before someone else gets it.

Online shoppers have bought out face masks and hand sanitizer, driving up demand but complaining when prices go up.

Now congress tries to pass a bill that will encourage those without work to stay home as long as possible without working because they can get paid more for doing nothing.

Fear has crippled our economy, but for no good reason. America (and the world) has survived worse things, and those things usually made economies stronger.

This pandemic will be no different. People will find new and better ways to do things as a result of having to adapt, and our economy will continue to grow. The stock market will have new all-time highs again, and we will continue to build bigger houses.

We will amass newer and nicer and more things that we don’t need because our economy will continue to move right along after this virus is contained.

Well, that is, if we resuscitate capitalism and preserve it for future generations.

This is not the time to be cashing out your investments. Save the money because capitalism will grow it again.

Do not load up on toilet paper, flour, sugar, meat, pizza, and hand sanitizer. Keep your supplies at your normal levels and go back to the stores when you need more. Capitalism will keep those stores open and stocked.

Stop complaining about price gouging. That’s how the “law of supply and demand” works. The more something is in demand, and the less it is in supply, the more it will cost. That is fair and reasonable. That is capitalism, and it improves our lives in the long run.

If Congress passes this bill and you get checks in the mail, think twice before spending that money. If you still have your job, maybe consider giving the money to someone who lost there’s. Perhaps give more to your church to help them stay on track with their annual budget. Send some to missionaries or donate to Feed My Starving Children. Just some ideas.

Please help our country and do not let this virus overrun capitalism. Do not let fear make you lazy.

Maybe you are hurting financially right now. Rather than being afraid, let this time motivate you to work harder with what God has given you.

Do not fear. God designed us to work.