Assumptions, assumptions. Why are humans so full of assumptions? We all have preconceived ideas that influence every piece of information that wiggles its way into our brains. Oh…gross…that probably wasn’t the best word usage. Now I have images of worms crawling into- okay, I’ll stop.

Anyway, for some reason, no matter what we see or hear, we usually already have an opinion about it. At least, that’s the way I am, and I’m assuming you are similar 😉

When it comes to the local church, there are a couple assumptions that really irritate me. The first one is that the average adult in church has a basic knowledge of most of the historical accounts and theological discussions contained in Scripture. Therefore, we can preach to them about anything we want, we can dig deep into difficult passages, and we can use advanced terminology with them.

Guess what? It’s not true. I think we give the older generations in our churches too much credit for their biblical knowledge. Some of them grew up in families or other churches that did not provide a strong biblical foundation. Some of them are newer Christians. Some of them genuinely do not care because we preach to them but don’t build relationships with them and show them that we care. 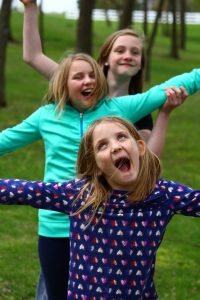 On the other hand, we assume that children do not know the Bible well and that their capacity for learning is limited. So what do we do? We continually teach them the same Bible stories without investigating the deeper truths or answering the harder questions. We assume they won’t care or won’t listen to more difficult topics. In my opinion, we don’t give them enough credit.

Obviously, right now I am also making umbrella assumptions about the mindset of most local churches. Perhaps I’m overgeneralizing a bit too much and your church is different. But this is my experience, and I have served in many different churches over the last couple decades.

So now that I am at Lighthouse Baptist Church in Cottage Grove, Minnesota, I intentionally do things a little different. Sometime I will talk about how I preach to adults, but right now I want to focus on the kids since I spend more time with them.

Several months ago, I asked the kids in junior church what they want to learn more about. Now that can be a difficult question because there are some things in the Bible that they are totally unaware of and thus would not know to ask about them. Nevertheless, I asked them, and they gave me a list of things they wanted me to teach about.

Noah’s ark. The plagues of Egypt. Moses. Joseph (in Genesis). Daniel and the lion’s den. The Rapture. Can we draw pictures of Jesus or God?

Okay, so that is fairly normal, right?

So in April we covered Noah and the ark. We literally spent three weeks on it. The first week I asked the kids what they already know. This served two purposes: It would avoid telling them things they already knew, and it would allow me to correct anything they had wrong.

We talked about the size of the ark, the animals on the ark, the purpose of the ark, and much more. We ran out of time to get to the flood itself. The kids had so many good questions to go along with the information they provided me.

Oh, and I failed to mention that the kids paid attention very well during this discussion time. I had no visuals or anything, but because we were all engaging in thoughtful discussion, they wanted to participate.

The second week I showed them a cartoon-style picture of Noah’s ark and asked them what was right or wrong about the picture and then we talked about the flood. Once again, great participation and great questions.

The third week I showed them the same picture and we reviewed the previous two weeks’ discussions, and then we talked about what happened after the flood ended. Then I allowed them to ask more questions. 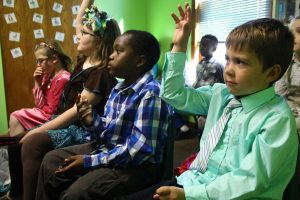 Somehow we also got into questions about the new heaven and the new earth, so that is what we are going to cover next.

How do I prepare? Well, each week I have to have a general direction that we are headed, but that’s about it. The kids ask enough questions that we easily have enough to talk about each week. Furthermore, I have had to work hard to make sure I know my Bible, and I attempt to answer every question by showing them where to find the answers in the Bible.

Several times I have had to do a little searching right there in front of them, and several times I told them that I would have to answer their questions at a later time so that I could make sure I wasn’t giving them wrong information.

Thanks to these kids, I am discovering several areas in my Bible knowledge where I am weak, so together we are all learning and growing together.

In my next post, I am going to tell you about the conversation we had in the 3rd-5th grade Sunday School class this last Sunday. I found out I was teaching only three hours ahead of time, so once again, we had a Q&A session, and it really challenged me! I hope you’ll come back and read it and share your thoughts.

What do you think about this teaching method? Am I doing the kids a disservice by straying from the traditional method of teaching? Have you ever done anything similar to this or seen someone else teach this way?