Ah yes, the popular question that has an ever-changing answer. In fact, sometimes the answer is simply, “Good question,” because I do not always know where I live. 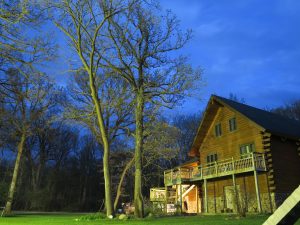 Since January 2015, I have moved 8 times. Yep, you read that correctly. In the last 35 months, I have moved my “living” location 8 different times. I need to qualify that situation though by mentioning that I am also thankful for the generosity of 7 different individuals or families who have allowed me to live in their houses.

The reasons for the moves are sundry and diverse. Four of them are related to changes in my school or work status. Three of them are the result of the owners selling their houses and moving somewhere else. The other move was intended to put me closer to my area of ministry.

So I have lots of experience moving, adjusting to new accommodations, living in basements (all of them were nice basements, by the way), and cleaning someone else’s house. Oh, and I also know how to keep my space tidy and be ready to leave the house at any moment so that a potential home-buyer can come look at it…I have done that a couple dozen times probably.

Well, I spoke too soon…it was shortly thereafter that I found out I would need to move again…a move that took place this last weekend!

For the last 13 months, I had the privilege of living on the lower level of my pastor’s home. It was an extremely convenient arrangement, allowing me to save money, enjoy a comfortable place, and live close to our church’s property. 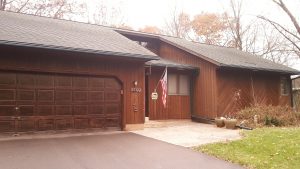 As of last week, I live in Inver Grove Heights. It’s quite a bit farther away than the first house, but it’s also a comfortable place that allows me to save money. On the plus side, I now live closer to Minneapolis and St. Paul, so I have a shorter drive anytime I need to do something in either of those two cities.

When I first found out in July that I needed to find a new place to live, I started looking at apartments in the area. What a blessing it is to say that I have never needed to search for an apartment before! So that was a new experience. But all the options were quite expensive, and I quickly discovered that it would cost only a little more to buy a house and pay a mortgage.

So I started looking at townhomes, and it wasn’t long before I found a suitable one that I thought I could afford. I went to a bank to get pre-approved for a loan, but I had some difficulty providing them with all the paperwork they needed, so the process was delayed.

Meanwhile, I had a two-week trip to the East Coast coming up, and I failed to get all the arrangements in place before I left. So I told my realtor and my bank that everything would have to be put on hold until I returned.

I had barely begun my trip when I received a text from my realtor saying that the house I wanted had sold to another bidder. That was kinda sad, but those sorrows were quickly erased when she texted a few days later about another townhome in the same complex that had just listed. It was nicer and they were asking a little less! I told her I was interested, but I would have to wait until I returned to Minnesota to do anything about it.

Well, my trip came to a close, and as I was boarding one of my return flights, I received a text from one of the couples from my church. They were friends with another Christian couple that had permanently moved away but was not ready to sell their house here. They are only keeping their house so that they can periodically come back and visit their parents who are still living in the area.

However, this couple wanted someone who could live in their house so it doesn’t sit empty. Well, God answered their prayers and mine, and I am now house-sitting indefinitely for a couple I still haven’t met 🙂 Because I’m technically doing them the favour, I do not have to pay rent, and I’m only paying for some of the utilities. They even have a neighbor who mows the lawn for them!

Imagine if God had made it easy to get the loan from the bank? Imagine if God had not timed that two-week trip the way he did? I would probably be living in a townhome with a large monthly payment right now! Instead, I am still saving money to go toward a future home while living in a house that is much nicer than any townhome I found.

My constantly changing living situation has taught me a few things. First, God keeps reminding me that he always has my best interests in mind, and he will always provide me with a place to live. Sometimes the timing is pretty tight, but he always follows through with something great!

Second, I think he’s using this to prepare me for my future ministry as a church planter. As a child, I hated moving. Unlike some people, all the moves I remember were local, taking place in Mason City, IA. But I did not like any of the three moves. I didn’t like change. But if God wants me to serve as a church planter, there’s a good chance that I’ll experience a few moves.

Finally, on a related note, God has reminded me that earth is not my final destination. None of the houses I live in will be my permanent home. So I have learned not to hold onto anything too tightly and to assume I won’t have it for long. It makes the process of giving things up that much easier. 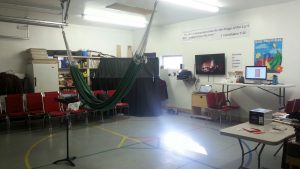 Right now I’m learning to anticipate moving and to make the most of it. I have lived in small houses, large houses, ranch-style houses, a split-level house, a trailer, a church-owned property, and a log cabin. Oh, and one lesser-known fact is that I lived in a garage for over a week, sleeping in a hammock hung from the garage door brackets on the ceiling. The garage had heat, electricity, and Wi-Fi, so I was set! I even turned a puppet stand into a walk-in closet that worked quite nice.

Like Paul said in Philippians 4:11, “Not that I speak in regard to need, for I have learned in whatever state I am, to be content.”