In 2015 I started getting into the habit of traveling a lot. While doing an internship in Omaha, I still had to take seminary classes in Ankeny, IA, so I estimate that I made about 40 of those 5-hour round trips that year. God also provided opportunities that year to go on a family vacation in Washington and Oregon, an orchestra tour in Minnesota, a short soccer tournament trip in Florida, and a ministry trip in the San Francisco Bay area. 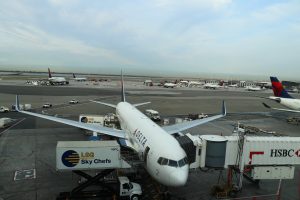 2016 was a CrAzY year as I traveled more than I ever had previously. Over spring break in March, I photographed a wedding in Atlanta and did some hiking in Colorado before swinging by Temple Square in Salt Lake City before returning home. In June I attended a church planting module in Pennsylvania and visited some American landmarks in Philadelphia. Later that month I helped photograph the GARBC conference in the Chicago area.

My sister Jamie and I spent July and August in northeast Brasil, participating in a wide range of ministries down there with Jim and Julie Leonard. At the invitation of a good friend of mine (Chris Brown from TechMin), I even went to Rio de Janeiro for a week to assist in an outreach ministry at the Olympics.

Chris asked me to join him in September at a conference for ABWE missionaries in Europe, so I had the privilege of serving there while also mingling with many great missionaries on the foreign field.

Finally, in November, I went to Kentucky with my family to visit the new Ark Encounter and the Creation Museum. By the way, I encourage you to visit both someday if you have the chance.

So that brings me to 2017. I have a full-time job on staff at Lighthouse Baptist Church, and yet somehow I have found myself on an airplane on 41 different occasions so far.

People who spy on me on Facebook ( 😉 ) usually want to know one thing: “How are you allowed to travel so much if you’re working in a church?” They want to know where I’ve been recently, where I’m going next, and how long I’m staying put before getting on an airplane again. I think most of them are concerned I’m not doing my job.

Interestingly, it’s not the people at Lighthouse that are concerned. Actually, Pastor Bjokne once told me, “It’s a good thing that you can go on all these trips because some people can’t do that.” He knows I love traveling and he encourages it!

Rest of the church doesn’t question me. Why? Because when they come to church, I’m here! All my responsibilities in the church? They’re getting accomplished! People barely know most of the time when I’m gone because I’m doing everything I was hired to do.

So then, you might ask, what in the world is going on?

Most of these trips are not planned very far in advance…a lot of them are surprises. For example, the first trip I took was during the first weekend in January, and it was for my grandma’s funeral. That was not planned. I went to Chicago in August to photograph a wedding, and I did not even know the couple before June. 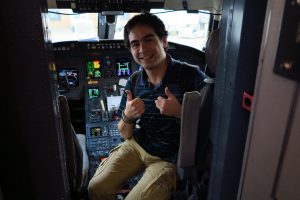 A few trips were on behalf of my church. In February I flew to Ohio to get a new shuttle bus and a set of handbells and drove them back. In April I flew to Colorado to get a set of new springs for the bells because it cost just about the same to get them as it did to buy and ship them. In September I spent two weeks on the east coast doing a special project on Baptist history.

In addition to the August wedding, I also photographed weddings in Iowa and Tennessee (and one next week in Ohio). My trip to Ecuador for two weeks was my most significant one, and because I was assisting the national churches and missionaries down there with pictures and videos, my Pastor considered it an extension of my church’s ministry.

Almost all my trips have taken place between Thursday and Saturday, and while I’m traveling I still get some of my church work done on the computer. So I am almost always at church for our weekly services. In fact, I have only missed three Sunday’s, the same number as my pastor 🙂

Oh, one final piece of information. I think I have spent less than $900 total on airfare, and I’ve made $950 in Delta money by getting bumped from flights or being inconvenienced on my trips. I paid for my trip to Ecuador, but everything else has been covered by credit card points, my church, or other individuals.

So in conclusion, I’ll repeat myself from earlier: “I love church ministry, and that’s why I’m an assistant pastor. God also has given me a love for traveling and serving abroad, especially with my camera, and that’s why I have done so much traveling.”

What are my travel plans for 2018? So far I only have a weekend wedding planned. Everything else will be a welcome surprise 🙂

Well, if you’ll excuse me now, I have some work to get done for this week.