The longer you’re alive, the faster time seems to go by, and the last 365 days in my life have been no exception.

In the short time that has passed since the last October 9 and this one, I have answered many questions and asked many of my own. The questions directed at me have come from both God and man, probably equally from both. The questions that I have asked have mostly been directed at God. 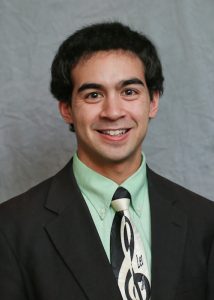 I know that many of you have been wondering about how I have been doing since I moved up here. Unfortunately, I can’t always see most of you and tell you in person, and social media is not my favourite place to stay updated on your lives and to update you on mine.

So I have finally updated my six-year-old blog and said goodbye to the theme that I once proudly designed on my own. It was outdated and too much work to keep fixing. With this new look, I plan to once again post on a regular basis…and it is here that you can stay updated on my life and ministry if you aren’t able to talk to me in person.

Over the next few weeks, I plan to write several posts that focus on questions that have come up during my first year in Minnesota. Today, I will start with one of the foundational questions: “How did you end up at Lighthouse?”

The answer to this question is the one that I have probably rehearsed and recited the most.

From 2009-2012, I had the wonderful privilege of working at Iowa Regular Baptist Camp as the LCA (lights, camera, action), or simply put, “the camera man.” Each summer consisted of 11 straight weeks of photography and sound booth ministry. Four summers that had an incredible impact on my future ministry opportunities.

When I’m at camp, I magically become a morning person, and I had a habit of waking up before 5:30am almost every day. I would do my devos, watch the sunrise, exercise, and get a few things done in the chapel sound booth before the busy-ness of the day began.

During one of the family camps each year, there was always a camper who woke up just as early and went to the chapel to have his own quiet time. Oh, and he brought a briefcase with him…a briefcase full of all sorts of things that he used to help him study God’s Word. Interesting guy.

This camper hailed from Cottage Grove, MN, where he pastored a church that he planted in the mid-1980’s. Every year he camped at IRBC with his children, grandchildren, and his wife’s extended family.

Somehow he learned a few things about me. As far as I know, they were good things 🙂

In 2014 I returned to IRBC for another summer of camp ministry after taking a year off and going to Brasil, but this time I had a different role. My school, Faith Baptist Bible College & Theological Seminary, sent me to IRBC with five other students on a team called the Contenders.

One of the members of my team was Michelle Bjokne, the daughter of Pastor Loren Bjokne, that camper from Cottage Grove. During one of our weekend breaks that summer, our team went to the Bjokne home. Pastor Bjokne took me to a Twins baseball game while the others took naps, and that afternoon he found out about my interest in ministry and church planting. 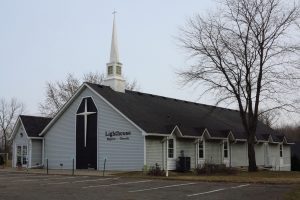 Fast forward to February 2015, and I traveled to Cottage Grove with the Faith orchestra and handbells ensembles to provide the music at Lighthouse Baptist’s annual Valentine’s banquet. Pastor Bjokne requested that I stay at his house that night, and I had no idea that he had a specific reason in mind!

That night as everyone else was finishing their ice cream at the Bjokne’s house (it’s a common occurrence here), Pastor Bjokne told me that their oldest daughter had accepted a teaching position at Faith and would be starting the following fall. Her husband was the current assistant pastor at Lighthouse, and thus the church was looking for a new person to fill that role.

Apparently, he had already been talking to our college president and my camp director and other people, and he was confident that I would fit what the church was looking for.

He asked me to pray about it, and I reluctantly agreed. I didn’t tell him that I wasn’t really interested because I already had a good idea of where I wanted to serve next once I graduated. But I told him I would pray about it, so I did.

Long story short, as I prayed God changed my heart and my desires and directed me to Lighthouse Baptist. It was not an easy choice, but in the last 12 months, God has continued to show me over and over again that this is exactly where he wants me right now.

How has he shown me that? Well, you’ll have to keep reading my blog to find out!

Please subscribe to my blog to receive email updates from future posts!