Ugh…I woke up so tired this morning! Not from going to bed late, but simply from being worn out the day before. I set my alarm to wake up early for a run, but I quickly put that idea aside when it sounded. I would rather be at my best throughout the day than to get in that run.

Went up to breakfast and ate a French roll with hotdogs and cheese, four slices of pineapple, papaya, and hot milk. I then stayed in the dining hall to do my devos in the first half of Acts 14. 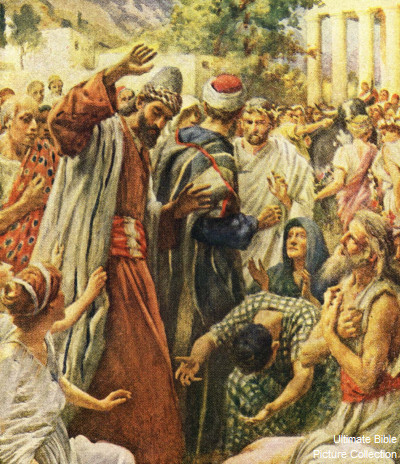 I always find it interesting how the people of Lystra thought Paul and Barnabas were gods after they healed a lame man. But last fall I did a report on the city of Lystra, and they had their reasons for their misconception. According to an old myth, Zeus and Hermes visited Lystra, but everyone refused to show them hospitality, save one old couple.

So when the gods left, they destroyed everyone but that couple. Therefore, the people of Lystra were afraid that the same fate would befall them if they did not honor Paul and Barnabas after their supernatural actions.

Stephen had his advanced violin class in the dining hall, so I took pictures and a video of them and then made my way back down to the chapel, administration building, and classroom building, taking pictures and videos along the way.

I took one of my favorite pictures of the summer when I visited the beginners violin class. A girl messed up and let out a laugh just when I happened to be focusing my camera on her. That picture was enough to make my day, and it wasn’t even halfway over.

At around 10:00 I headed back up to the dining hall to practice with rest of the orchestra. I showed up late and told Stephen that I thought I would be on time, hahaha. After showing up “early” for too many things this week, I’m finally learning the correct way to do things here.

For lunch we had rice, beans, lettuce, French fried manioc, and salted steak. After lunch I went to the Leonard’s house again to get a banana for dessert, just as I did yesterday. 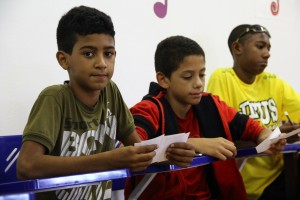 I went around and took some pictures of the music theory classes and kids classes again, and I also called home a couple times to tell Janette happy birthday. The first time I called my family was still out in the field working at home, but Joyanna answered, and both she and James spent awhile talking to me and telling me stories.

It’s the Fourth of July, but here in Brazil, we obviously don’t celebrate that day as a holiday. Our latest holiday was on Sunday when Brazil played Spain in futebol, and yes, that’s when we watched our fireworks and ate good food. Today is just another normal day in Brazil, and this week a normal day is taking pictures and playing my violin a lot.

It was 8 years ago today that I flew back home from the Philippines, watching the fireworks from above in an airplane as I flew back into the states. Oh, all the good memories! It’s so different to be in another country on July 4th and to experience, well, nothing (that I’m used to in America).

At 3:00 I had another orchestra rehearsal. The music is starting to come together better, so I’m excited to hear the progress. Stephen and I still have to do a lot of shepherding because the violins especially need to hear the correct notes and rhythms to figure it out, but we’re getting there!

Shortly after 4:00, I got together with Stephen, Olivia, and Pastor Renato to work on some string quartet pieces. I’m so excited about them! One song is a vocal piece with a quartet accompaniment arranged by Pastor Renato, and the other one is an arrangement by Stephen of the classic hymn, “Rock of Ages.” The music isn’t too difficult, but both songs are beautiful.

Supper was shortly after 5:30, and we had rice, beans, shredded lettuce salad, and chicken. No hot dogs, brats, hamburgers, chips, and Jell-O like your traditional July 4th picnic, but we had the cooked beans! I had a good time talking with Renato, Stephen, and Olivia and laughing at all sorts of things. 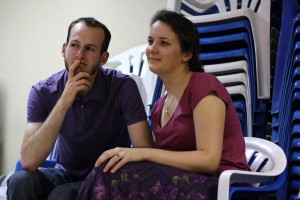 When supper was finished I worked on some more Portuguese and took some more pictures, and soon enough, it was time for the evening orchestra rehearsal! Before I got up there, I took a video of the other orchestra practicing their music down in the chapel. Oh man, it was such a great sound, regardless of the playing ability of each person!

We had our evening rehearsal and Stephen said he was really encouraged by how it went. Following that we also had another quartet practice with the man who is singing the song for Pastor Renato’s arrangement. I gave Pastor Daniel the new pictures and videos and spent some time trying to fix some errors on my blog, but I was unsuccessful 🙁

That was my July 4, 2013. Not the kind of Independence Day I’m accustomed to, but hey, it was a great day anyway. Now time for some sleep. 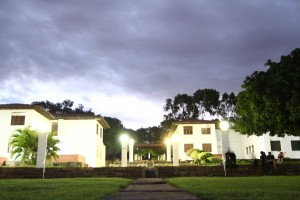